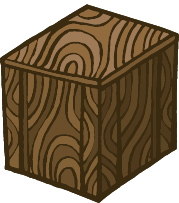 I’ve been working with Gruff since the second Super Furry Animals LP Radiator. From then on I’ve been involved with the design of almost all of SFA and Gruff’s record sleeves, videos, merchandise, DVD projects and giant inflatable bears.

The first stage of the American Interior project started with the font. I’ve been using vector illustration software for a long time and considering the time period John Evan’s story existed in I wanted to reflect that, and the visual mediums from it in some way. Bearing this in mind I wanted not only the font, but all of the visual elements I produced for the project – maps, animations characters, icons – drawn and inked by hand, keeping that feel throughout. Considering the film is in black and white, with flashes of colour, this seemed to suit the hand drawn images even more.

Excuse the pun but there are many threads that visually tie together this story and if a story is told with words then it needs letters. The American Interior font I created is an element that inspired the look of my visuals for the project – film, book, album and app – and tells the fantastic story of Gruff’s journey to re-trace the footsteps of the mighty John Evans.